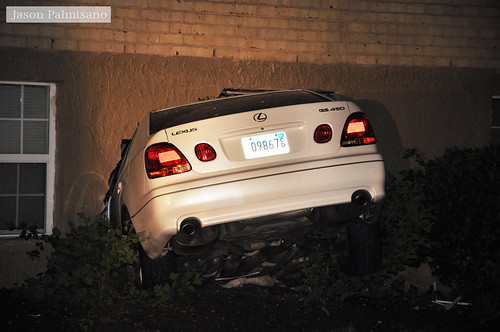 Carney – Baltimore County, MD – At 12:40am, Saturday July 3rd, a white Lexus GS430 flew past the end of Perring Parkway at Waltham Woods Rd. and slammed through the wall of an apartment in the ‘Kenilworth at Perring Park’ community. On the other side of that wall was a sleeping 3 year old girl. Although the parents of the girl had to move debris to get to their daughter, everyone walked away from the incident without injury. The driver exited the vehicle inside of the apartment. Witnesses say there were other occupants in the vehicle; however, they did not immediately identify themselves. Witnesses at the scene also say that the white Lexus was “flying” down Perring Parkway. There were no signs of skid marks on Perring Parkway or the grass from the road to the apartment building. The driver of the Lexus, a man in his mid-30’s or so, was heard saying, “the brakes gave out.” He was pulled aside and question by the police. He was not placed in handcuffs or arrested and appeared in good demeanor.

At 2:30am, the girl’s parents requested that the daughter be seen by paramedics still on scene because of a suspicious bump on her head. The paramedics and parents agreed that it was best to take the daughter to the hospital for evaluation. The mother and daughter were transported to GMBC by Station 10’s (Parkville) ambulance. 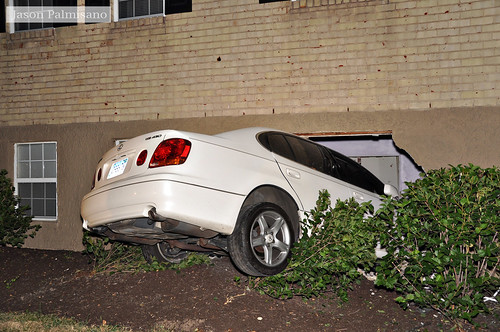 The car was removed from the apartment at approximately 2:55am after building inspectors and the fire marshal concluded their initial investigations to the structural integrity of the building — which was deemed unsafe and residents of that portion of the building (which houses 3 apartments, were evacuated) A large tow-truck, generally used for towing larger trucks, was used to pull the car out of the building by its rear tires. 2 winch lines were used – one of which was wrapped around a nearby tree to provide more leverage at a better angle. 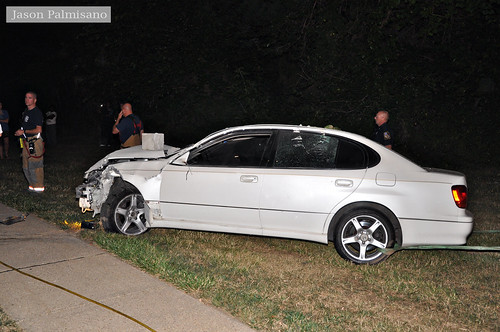 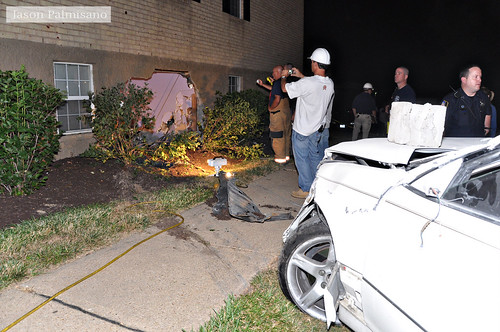 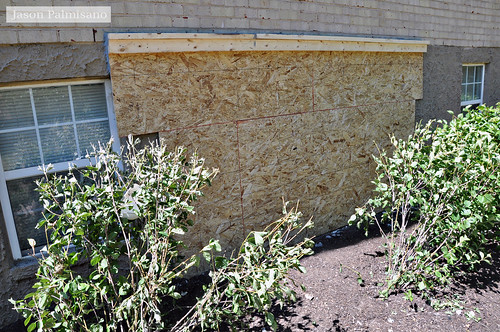 Raw video of scene & car being pulled out of wall